Insufficient "pruning" during early development of the brain is apparently the cause of tactile-emotional synesthesia. The different pathways that connect the sensory detection paths of the brain are always in the same place in individuals who have this condition. This kind of cross-talk is so real that the individuals might not discern if they are having that experience or not. 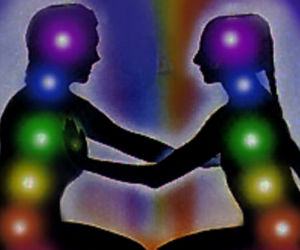 Everyone has the cross-modal interconnection but the degree varies. As such, we all have synesthesia-like tendencies at one time or another but it is normally different from one person to another.

Despite other forms of synesthesia existing, this one has attracted the attention of researchers.

Touch-emotion synesthesia has been documented by two researchers from the Centre of Brain and Cognition in California University.

David Brang and Vilayanur Ramachandran report this case in a journal, as a condition in which individuals develop some emotions when they touch particular surfaces with some texture. The researchers investigated the thought of two people that have tactile-emotion synesthesia to establish the stability of these experiences over a period of time. They used batteries of textures to test their responses.

8 months later, they repeat the same experiment. They recorded the participants' facial expressions as well as their skin conductance response in order to objectively measure the emotional relationship to each texture. The results revealed consistency in the emotions experienced; both subjects recorded the same emotions with the same intensities in all the tests.

It should be noted that as much as the response itself cannot be used to differentiate between emotions. The results it causes, such as sweat, are strongly linked to certain emotions such as anxiety.

The researchers speculate that these experiences could have evolved over time from our primate ancestors. Due to the need to survive, they might have developed unconscious mechanisms to protect themselves from the harmful environment. The tactile sensory of hard surfaces could be interpreted as pain and harm by the limbic system while those of soft surfaces was transmitted as pleasure enabling the primates to seek warmth and avoid danger.