On the face of it, mirror touch synesthesia can be associated with deep empathy. Empathy can literally mean being in somebody's shoes. The irony is that these mirrored feelings go beyond the emotional feelings and are physically associated with synesthete. 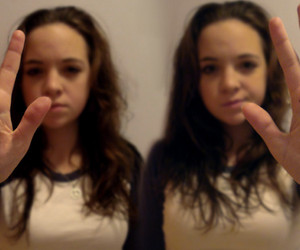 Imagine the feel of someone gently applying a soothing ointment on your bare back simply because you are watching a message therapy guide on your favourite body health program. Or even worse, imagine feeling the prick of the needle on your finger when you see the doctor prick your friend's finger. According to Michael Banissy, a lecturer of Psychology at Goldsmiths University of London, "The mirrored feeling is experienced in exactly the same part of the body- a finger for a finger, an arm for an arm and an eye for an eye".

A study shows that out of 100 people, one or two have empathy synesthesia. For such people, the most intense experiences are attained with the observation of pain. Their challenge is to calm themselves down because the feelings that they are having are not actually happening to them, a task which has been described as tough by Michael. However, with happy sensations, the intensity of the experience is normally less and does not last long. These pleasant occurrences include caresses, nice hugs and touches.

In another study that involved brain imaging, two groups of subjects were asked to watch videos of other people being touched. The two groups; those with and those without mirror touch synesthesia had brain scans connected on them. Upon comparison of the two images, it was deduced that there were changes in the parts of the brain that perceived touch in both groups. However, people with empathy synesthesia have an empathic system that can be over-excited to the levels of allowing them to literally experience tactile sensations.

This condition can have adverse effects on a person's life. An article published in the Guardian about a lady, Fiona, who has the same condition reveals the true experience that this category of synaesthetes have. She says that she avoids both drama and thriller films because of the effects they have on her. "When I watch a film, I feel as if I'm starring in it" she says. Fiona recounts a time when she had felt physical pain while she was watching a movie. The scene was the torture of Lisbeth Salander, a character in "The Girl with the Dragon Tattoo". She felt as if she was the one that was being tortured.

Luckily, pain is not always what she feels, she experiments happiness with the same magnitude that she feels pain. "If someone is happy, it's like hearing an orchestra and I feel extremely excited" she says in an interview done by Gary Cansell of the Guardian where she shares her experience about living with mirror touch synesthesia.